What are the Different Types of Fire Alarm Initiating Devices? 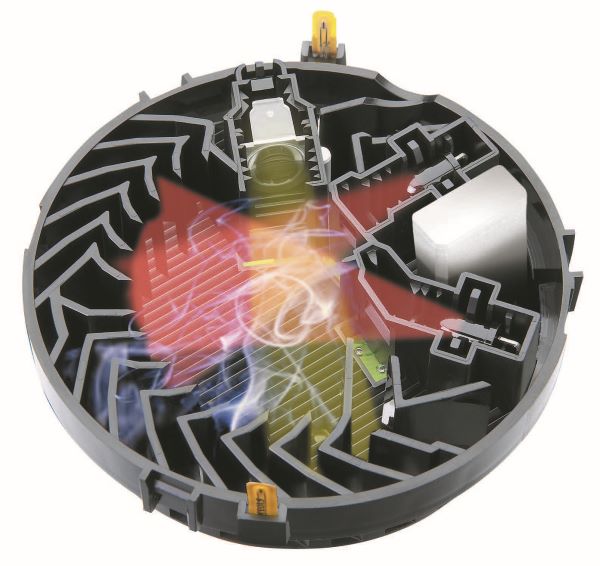 Fire alarm systems – they protect most businesses, schools, hospitals, hotels, and multi-family dwellings from the tragedy of a fire.

While it is easy to take them for granted and thus oversimplify them, fire alarm systems are a complex network of many different interconnected components that all play a unique role in fire protection.

The most visible component of these systems, and likely the one you are most familiar with, is the fire alarm initiating device.

What are Fire Alarm Initiating Devices?

The initiating devices in a fire alarm system are those that detect signs of a possible fire and activate an alarm. They are the system’s triggers and the most visible aspect of the fire alarm system.

Initiating devices are connected to the alarm system’s control panel via 2- or 4-way circuits and are under the control panel’s constant surveillance. When an initiating device is activated, the panel identifies the activation and goes into an alarm state, sounding the alarm in the building and sending a call out for an emergency response.

Spot type devices are detectors that focus solely on their area where they have been installed, while linear types have a method of detection that covers a wide area of space but communicates to a single control unit. A standard ionization smoke alarm is an example of a spot type, while a light-obscuration photoelectric smoke detector is an example of a linear type (more on both of these below).

When one of these devices is activated by their respective conditions (smoke, heat, water flow, or manual adjustment), the change is detected by the control panel and initiates the alarm state, at which point the fire alarm system sets off audible and visual alarms to notify building occupants of the hazard.

How do Initiating Devices Work?

Once installed and connected, these devices just have to operate as they normally do to detect a fire and activate to alert the system.

Following are brief explanations of how each of the main types of initiating devices work:

Though each of these fire alarm initiating devices is activated in response to unique conditions, their overall role within a fire alarm system is the same – to activate in response to a fire, thus signaling the fire alarm control panel to go into alarm mode.

They initiate the alarm.

Choosing the Right Fire Alarm Initiating Devices for Your System

As should now be evident, there are many types of initiating devices, and the ones listed above only represent the main ones. There are plenty of other types, as well as possible customizations to each.

As each device is initiated by a different set of conditions, it is vital to understand that no alarm system should only rely on just one type.

While sprinkler water flow switches and heat detectors do an excellent job protecting a building by notifying the system of a fire, they do not activate early enough to protect the life within that building. That’s why smoke detectors and other devices are also necessary to create a truly life-saving fire alarm system.

However, your facility’s unique conditions, materials, layout, and staffing or residents all impact which type of fire alarm initiating devices would work best and where they ought to be placed.

To effectively protect your property and the lives who live or work there, you need the help of experts like Koorsen Fire & Security who have made it their business to know the ins and outs of these systems and devices for the last 70 plus years.

Don’t leave the protection of life and property to chance – give the experts at Koorsen a call today. They can help you care for your current system or help you choose and design a system that will best protect your people and property.