What is the Difference Between Ionization and Photoelectric Smoke Alarms? 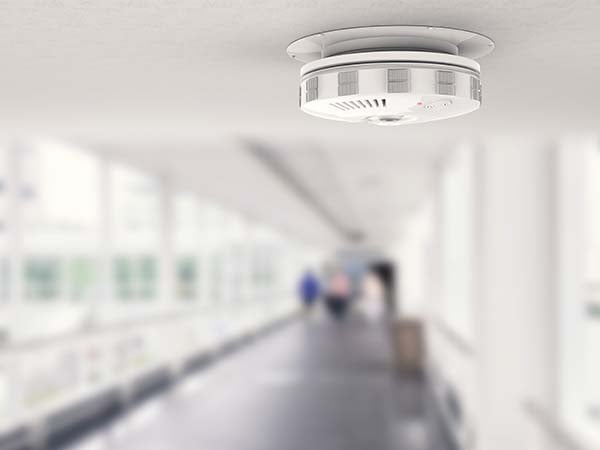 According to the NFPA, there are over 354,000 residential fires a year, causing, on average, around 2,600 deaths and over 11,000 injuries. The majority of fire-related deaths occur at night while people sleep.

The important role of well-placed, quality smoke alarms is easy to see. There are two main types of smoke alarms – ionization and photoelectric. Understanding the difference between the two can help you make the best decision regarding the smoke alarms protecting your home or business.

Entities such as the Underwriters Laboratories (UL), the National Fire Protection Association (NFPA), and others have conducted many studies in to determine key differences in performance between these two main types of smoke detectors.

The findings from these studies and tests generally reveal the following:

Which Smoke Alarm is Best?

The majority of fatalities caused by fires are not from the flames, but from smoke inhalation, which is why most fire-related fatalities - nearly two-thirds - happen during the night while people sleep.

Since this is the case, it is apparent that having a smoke alarm that can quickly and accurately detect smoldering fires, fires that produce the most smoke, is extremely important. In this category, photoelectric smoke alarms clearly outperform ionization alarms.

Finally, since nuisance alarms lead people to disable smoke detectors, rendering them useless, photoelectric alarms demonstrate superiority in this realm as well, being far less susceptible to false alarms and thus less likely to be disabled.

Clearly, photoelectric smoke alarms are the most accurate, reliable, and therefore safe option, a conclusion supported by the NFPA and observable in trends among manufacturers and fire safety organizations as well.

With regards to combination alarms, there were no apparent or significant advantages observed. The NFPA concludes that the test-results do not justify requirements to install two-technology or photoelectric-ionization smoke alarms, though they do not necessarily hurt either.

However, the NFPA concludes that photoelectric alarms with additional sensors, such as CO or heat sensors, does improve fire detection and reduce false alarms even more.

Which Fire Alarms Do Experts Suggest?

While photoelectric smoke alarms generally prove superior, and while many commercial entities are moving to photo-technology as their sole smoke alarm technology, many expert authorities such as the NFPA, the NASFM (National Association of State Fire Marshals), USFA (United States Fire Administration), and the Home Safety Council still strongly advise the use of both types of smoke alarms in your home.

The main argument behind the recommendation is that since ionization alarms typically respond faster to fast-fires and photoelectric alarms respond faster to smoldering fires, the presence of both types will be most effective in protecting a home.

What Type of Smoke Alarm do You Have?

Determining which type of smoke alarm you currently have can be difficult. If you find anything mentioning radioactive materials, a model number with an “I” or any mention of Americium-241 on the alarm’s label, it is an ionization alarm. If you find a “P,” it is a photoelectric alarm.

If you are not sure what type of alarms you have, it is likely high time that you replaced them anyway. Be sure to select both ionization and photoelectric alarms for your home and place them appropriately – inside each bedroom, just outside every sleeping space, and one on every level of the house. Placing detectors near stairways and in the living room of the main floor (especially if it is a floor without bedrooms) is also advisable.

Not sure what types of smoke detectors you have or should get to best protect your home or business? Give the experts at Koorsen Fire and Security a call today to learn how they can help protect your property against fire. Don’t let tragedy catch you unprepared – protect your home and business today.

Contact Us for All of Your Fire Alarm Needs!