The Top Four Causes and Trends in Home Fires 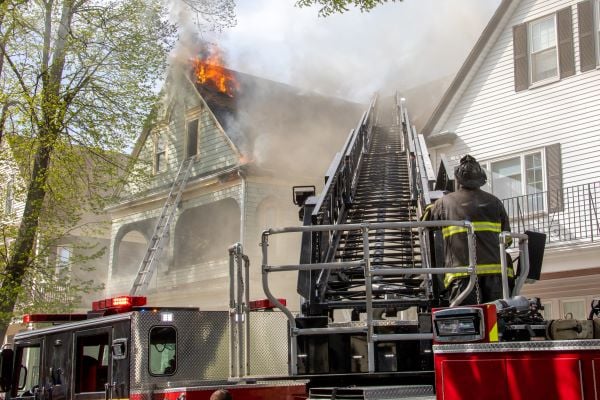 In the past two years, the National Fire Protection Association (NFPA) has issued several new reports that lend more in-depth insight into the top causes of residential fires. This post summarizes the top causes of home fires and some of the interesting trends identified in these reports.

The same data shows that while the number of people that die each year in residential fires dropped by 41 percent since 1980, the number that die in one- or two-family homes has increased by more than 20 percent.

This is not surprising when you consider that apartment buildings are far more likely to have sprinkler systems than one- and two-family homes, as well as monitored smoke detection systems that automatically notify the local fire department when the alarm is activated. Further, these types of systems are typically required by local fire codes to be regularly inspected and maintained, unlike the smoke detectors and small fire extinguishers that are usually found in a one-or two-family home.

The most current data from the NFPA show that cooking accounts for about half of all home fires reported every year. Almost half of these fires cause injury, and they are the second leading cause of death in home fires. Since the 1980s, the number of deaths and injuries has fluctuated with no significant overall trend up or down.

Most home cooking fires are small fires that did not spread beyond the pan, oven, or other container in which they started. While these are considered minor fires, more than half of the non-fatal injuries were caused when people tried to control the fire themselves.

Not surprisingly, range and cooktops were involved in most of these fires (62 percent). Interestingly, electric ranges and cooktops were found to have a higher risk of cooking fires than gas ranges, which cook with an open flame. Less than one percent of fires in the kitchen were caused by clothing catching fire, but in cases where that happened, it was often deadly (14 percent).

The leading cause of cooking fires in the home was unattended cooking. Often, these fires are caused when combustible materials such as empty food packaging and cloth items come into contact with a hot stove. However, most were caused by cooking with fats and oils, which require continuous attention. Some cooking fires occurred when cooks left food unattended on the stove to simmer or left food baking or roasting in the oven.

Cooking oil, grease, and other fats were the top cause of fires that started with the ignition of cooking ingredients. This fact underscores the need for more consumer education about how to deal with these fires effectively. If they are still confined to the pan, the flames can be smothered by sliding a lid over the pan and turning off the burner.  The NFPA provides educational material for the public to help improve awareness of cooking fires and how to prevent them, including a cooking safety tip sheet.

According to data from the NFPA, home heating equipment was responsible for 15 percent of all home fires reported each year and was the second leading cause of fire in the home. Space heaters and wood stoves account for almost all of the injuries and deaths that occurred as a result of home heating fires.

Fireplaces or chimneys also caused their share of home heating fires. However, the number of fires occurring from the use of wood fireplaces has been steadily decreasing, likely as a result of the growing popularity in gas fireplaces.

Overall, there is a distinct downward trend in home fires resulting from heating equipment, which the NFPA attributes to improvements in safety standards. For example, many electric and kerosene space heaters heating are now required to have  automatic cut-off devices that turn them off when they are tipped over. They also now have more covering around heating coils.

Despite this, space heaters continue to be the top source of home fires caused by heating equipment. More than half of fires attributable to space heaters and the majority of the deaths they have caused occurred as a result of their proximity to combustible materials, such as clothes or furniture. However, electrical or mechanical failures and malfunctions and forgetting to turn space heaters off were also leading factors in these fires.

The Consumer Product Safety Commission provides good information on how to reduce the fire hazards associated with portable heaters, and the NFPA provides tips on home heating safety.

Electrical fires are another leading cause of home fires. To better understand if these types of fires can be prevented through code changes, equipment changes, and/or public education, the NFPA grouped the home fires in its most recent report into:

The trend in home fires caused by electrical failure or malfunction has been steadily decreasing for the past 30 years. The number of fires in recent years is 40-45 percent lower than its peak in 1980. Unfortunately, however, the number of deaths resulting from these kinds of fires has not shown the same downward trend.

While the number of adult smokers in the U.S. has declined by more than 50 percent since 1980, smoking was still the leading cause of home fire deaths between 2012-2016. This is the time summarized in NFPA’s 2019 report, Home Fires Started by Smoking, which shows that careless smoking still makes up almost a quarter of all home fire deaths.

Despite this, the long term trends are encouraging. Between 1980-2016, the number of home fires caused by careless smoking steadily decreased by 77 percent to a new low of 16,500 fires in 2016. The number of deaths each year fluctuated over that time but still shows an overall decline.

The NFPA report attributes these trends to a combination of an increasing use of smoke alarms over the years and the decrease in the number of smokers over that same period. Another contributing factor could be the introduction of “fire safer” cigarettes into the market. According to the Public Health Law Center, most states now require cigarette manufacturers to meet ignition propensity standards. These standards help to ensure cigarettes are designed to have a low probability of igniting and to self-extinguish when left unattended.

While the causes of home fires vary, the best means for preventing injury and death are smoke detectors and fire extinguishers. The NFPA recommends at a minimum that smoke alarms be installed both on the inside and outside every bedroom in the home and on every level of the home (including basements). However, standards have evolved over the years, and many older homes may not have enough smoke alarms necessary to meet today’s fire protection standards. Homeowners in older homes should verify that they have the right number of smoke alarms properly placed throughout their homes and install additional units where necessary to protect themselves and their families.

Fire extinguishers are another critical component of fire safety and are intended to put out small fires. While kitchen fire extinguishers are considered by the NFPA to be supplementary, they provide an important layer of fire protection given the fact the kitchen is the likeliest place for a fire to occur. Any fire extinguisher used in a kitchen should be rated a Class B to ensure it will be effective for grease fires.

While most fires occur in the kitchen, most home fire deaths occur in areas other than the kitchen. This is why the NFPA considers B-C fire extinguishers, the type used for ordinary combustibles such as wood, paper, upholstery, and other fabrics as “must-haves.” For many homeowners, multipurpose A-B-C fire extinguishers are a good option as they can be used anywhere in the home. For living areas, garages, and workshops, the NFPA recommends fire extinguishers should be placed no more than 40 feet apart to ensure easy access.

If you have any questions on the installation and maintenance of home fire safety equipment, whether in your own home or in a multifamily dwelling you own or manage, Koorsen Fire and Security can help. Contact Koorsen to talk to one of our associates today.

The International Fire Code – History and Role in Fire Safety Today
Is Emergency Lighting Required in All Structures and Buildings?
IoT in Fire Safety – An Exciting Future, but Approach with Caution
Does Your Fire Sprinkler System Have All the Required Signs?