Reduce Theft in Your Retail Business by Enhancing Your Security 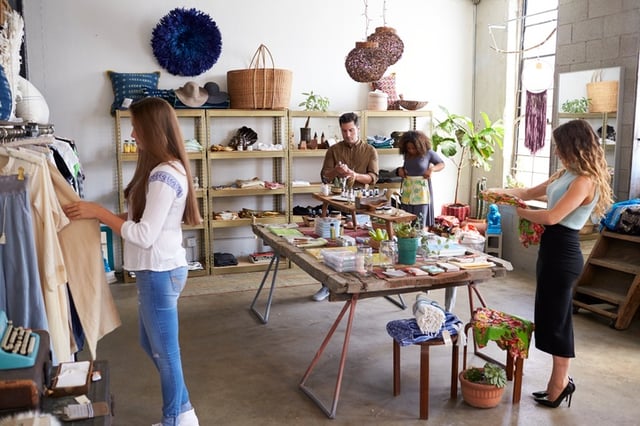 Running a retail business is challenging enough without the frustration of dealing with losses in profits due to shoplifting. If overall profits fall short of where they should be, and the reason is due to retail theft, a new approach to security will be mandatory.

The National Retail Federation reported last year that $48.9 billion in losses occurred for retailers in 2016, making it clear that many businesses are still in need of effective ways to prevent retail theft. Taking a comprehensive approach that involves a combination of tech-based solutions and employee training will provide a stronger defense against shoplifting and prevent financial losses.

A 24/7 Security System
Whether a retail establishment is an independent business or a national chain, a security system is an essential component in overall security efforts. A reliable and sophisticated system can be implemented without blowing out the company budget and can provide continual protection against break-ins or security compromises during or after working hours. If any break-ins are made, the system will alert the authorities who can respond and take any appropriate steps for handling the situation. A dependable security system will not only help protect property and goods, but also help deliver safety for your employees.

A video camera that provides a view of the register and entrance to a business by itself provides a deterrent to any would-be shoplifters. It conveys that any thefts will be documented and can be used in evidence against any perpetrator. Keeping all areas of a store monitored will let people know that any illicit activity is being noticed, and a potential criminal considering shoplifting will likely decide against it if he knows his every move is being monitored and recorded.

An efficient and high-tech way of being able to provide employees with security and mobility, while keeping restricted areas free from intruders, is a card access system. Rather than using traditional keys to enter a building from outside or to gain access to rooms once inside the building, a card (or fob) can be waved in front of an access panel to allow admittance. This system enables a greater ability to control who is allowed access to specific areas, and it can also be used to track employees and visitors, providing a record of who has been allowed access and when.

If a thief is contemplating making off with a piece of clothing, an electronic gadget, or any expensive product that needs protecting, he’ll know he won’t get very far when a small radio frequency identification (RFID) tag is attached to it. In conjunction with an alarm system installed at any entrances to the store, these tags are an effective way to reduce shoplifting and alert staff when it occurs. The added bonuses are that they help in tracking inventory, they’re reusable, and they can’t be damaged or removed the same way barcodes can.

Putting less high-tech methods to use can also help prevent retail theft, such as arranging the layout of your business in a way that discourages shoplifting. Keeping displays and check-out areas properly lit and free of any blind spots will be important for helping notice any suspicious activity. Locating popular targets close to check-out areas where visibility is high can prevent anyone from thinking about making a “hit and run” and reinforce the idea that any attempts at thefts will be responded to immediately.

As any master poker player can tell you, everyone has a “tell.” In other words, people have ways of conveying their intentions through certain mannerisms. Retail employees can be trained to keep an eye out for certain indications from customers as to whether they planning to shoplift:

In order to counter any suspicious behavior, simply asking someone if he needs help shows that you’re attentive and aware that someone is contemplating a theft. Once again, when someone knows he’s been noticed and is being watched, he’s less likely to steal.

It’s also important for employees to understand that there’s no such thing as a shoplifter “profile.” Anyone can be a potential shoplifter, so a person’s appearance won’t tip you off, but their behavior can, so if a “tell” is noticed, having a quick conversation with that person could be one way of preventing a theft.

The National Retail Federation reports in a 2015 survey that employee theft ranks as the second-highest reason for financial losses of retail businesses. In conjunction with security efforts that defend against outside threats, policies should be in place to prevent against internal thefts of cash or merchandise. Effective tactics can include requiring employees to check any bags, backpacks, or coats at the beginning of a shift, and at the end of a shift a security guard can walk employees out of the building to ensure thefts are prevented. Also, randomly doing a check of the register to match sales amounts with the current inventory can identify any thefts that occurred during customer transactions. Similar to the methods used against shoplifters, when employees know their activity is being monitored (and even recorded), they’ll be less likely to steal.

Being able to deter criminals takes a multifaceted approach, and the tactics listed here can serve as a foundation for reducing retail theft. As a leader in fire and retail security services, Koorsen can guide your business to implementing a customized strategy for handling shoplifting threats. By assessing your store’s layout and security vulnerabilities, our team will devise security and monitoring systems that deter crime and prevent losses in profitability.

Three Types of Access Control Systems - Which One is Best for Your Business?
How to Make Your Business Burglar-Proof
The Evolution of CCTV Systems in Commercial Security
Security in Today's Schools
Cloud-Managed Systems: A More Cost-Effective Way to Leverage the Cloud for Better Video Surveillance