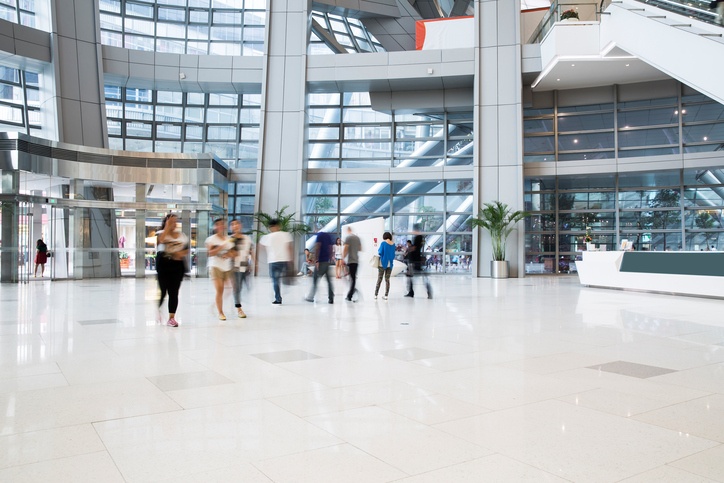 Predicting how people will behave in the event of a fire is one of the most difficult aspects of fire protection engineering. Fire protection has come a very long way in the past 100 years. However, it wasn’t until the Society of Fire Protection Engineers (SFPE) published its Handbook of Fire Protection Engineering in 1988 that the concept of considering human behavior in fire emergencies was introduced into the development of building evacuation scenarios.

This post provides a summary of the Protective Action Decision Model (PADM) provided in the Handbook of Fire Protection Engineering to illustrate for fire protection engineers, design professionals, code authorities, and building owners the many factors that influence the responses and behaviors of people when threatened by fire. To the extent that we can improve our understanding of these factors, we can design more effective fire safety systems.

Common Assumptions About Human Behavior in a Fire Emergency

In order to develop effective fire protection systems, fire safety engineers must make a number of assumptions about how people will respond in the event of a fire. Fire codes and standards in place today include a number of such assumptions, such as:

These assumptions may or may not hold true depending on the intended occupancy of a building and other factors at play in any given situation. The reality is that the nature of human behavior makes it difficult to accurately predict how people will respond in the event of a fire emergency. Given this, fire engineers need a good model to help them better understand and evaluate how human behavior can impact how people perceive, react and respond to a fire emergency.

The Handbook of Fire Protection Engineering provides a useful way of thinking about the human response to fire emergencies. The Protective Action Decision Model (PADM) is based on more than 50 years of empirical data and provides a useful framework for understanding how we humans receive information, how we process that information, and how we will respond.

The PADM begins with the initial cues that a fire emergency is taking place. These cues can vary in type and intensity during a building fire and can include any combination of the following:

Once the cues begin occurring, our response to the emergency can play out in any number of ways as we make our way – very quickly – through the following steps of the PADM.

People perceive cues through one or more of their five senses – faculties of sight, smell, hearing, taste, and touch. Depending upon the type of cue, individuals can receive cues from a fire event in various ways. If our senses are impaired in any way, we may be less likely to perceive the cues that a fire is occurring.

It’s also important to understand that not all of the cues of a fire emergency happen in every situation or that they happen at the same time. In addition, environmental factors within a building, such as ambient noise, odors, the degree of compartmentation, etc. can enhance or deter our ability to sense the cues that a fire emergency is occurring.

2. Paying Attention to the Cues

Simply, because someone hears, sees, smells, tastes, or feels any type of cue from a fire event, does not necessarily mean that we will pay attention. Factors that can influence whether we do or not include:

When we receive cues that an emergency is taking place, our brains instantly attempt to process its meaning by comparing the information received with our knowledge, experience, and training. This is a cognitive activity that can result in one of three outcomes – we may correctly interpret the cues, mistake it to mean something else, or not understand it at all.

Other things that can affect one’s ability to comprehend cues include:

Once we comprehend or “get” the cues that an emergency is occurring, our brains begin to process them, attempting to determine 1) if the threat is real (a threat assessment), and 2) if we are in immediate danger (a risk assessment). The difference between these two processes is perhaps best illustrated by people who, when able to evacuate, choose instead to fight a fire rather than flee. Obviously, these people know the threat is credible, but they must not feel they are in immediate danger or they would evacuate.

Certain characteristics of fire cues are more likely than others to result in people processing the risk as real and imminent – the more cues there are and the greater their intensity, the better the chances that people will recognize the need to protect themselves. Based on numerous studies of previous fires, the Handbook offers the following additional observations regarding how people process fire cues:

This is the point in the process where we decide whether or not we should evacuate and if so, what to do next. The decision-making in an emergency situation is different from our day-to-day decision-making in two important ways. One is that there is much more at stake – often our own survival and the survival of those we love. The second is the amount of time we have to make a choice before we lose our window of opportunity for escape.

Factors that can affect our decisions about how to respond in a fire include:

Breaks in the Decision-Making Process Lead to Greater Danger

One of the most interesting – and confounding – aspects of the PADM is that during an emergency, every time we receive new information from our physical or social environment, it can trigger a restart in our brains in which the decision-making process begins again. When this happens, our brains process the new information or lack thereof to either alter or confirm any decisions we might already have made. Therefore, if the information we receive at any point in a fire emergency is ambiguous, incomplete, or inconsistent, we might engage in information-seeking actions or in some cases, choose to ignore the previous cues we’ve received and processed.

This explains why in many fires, an alarm signal alone does not generate immediate evacuation but rather leads people to look for additional confirmation of a fire. Information is dangerous – people milling about, asking others whether they know what’s going on reduces the time they have to escape and can even lead people to move toward the danger to determine if the threat is real.

Understanding human behavior is critical to designing effective fire safety systems. People will seek information even in the most intense situations making the implication to fire engineers clear – the more complete, unambiguous, and consistent information a fire safety system can provide in an emergency, the more quickly people will move to protect themselves and others.