What is a Victaulic Coupling? 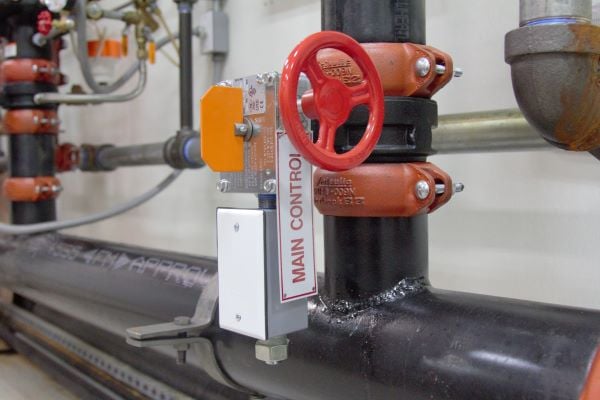 When it comes to fire protection systems, every component, big or small, plays a vital role in ensuring the system operates successfully to suppress fires and save lives and property.

One such component that is very easily overlooked is the Victaulic coupling.

What is a Victaulic or Mechanical Grooved Coupling?

As should by now be evident, Victaulic couplings have vast applications across a host of industries, not just fire protection.

But, in this post, it is the use of mechanical grooved couplings in the fire protection industry that is of greatest interest.

The Role of Mechanical Grooved Couplings in Your Fire Protection System

The first grooved coupling created and approved for the fire protection industry was invented in 1952 by the Victaulic Company.

The largest application of these couplings in your fire protection system can be found in the automatic sprinkler system. Here they are used to join the system’s piping together and play an especially vital role in the riser room, where the sprinkler system’s pipes connect to the water supply’s pipes.

The advantages to mechanical grooved couplings in your automatic fire sprinkler system are numerous, not the least of which is the faster and more affordable installation process.

In addition to that, there is the easier method of inspection. While welded piping often requires the use of x-ray or ultrasonic technology to test the pipe-joints’ integrity, and flanged-joint piping requires the filling and pressurizing of the piping system, mechanical grooved pipe joining systems can often be inspected visually.

Furthermore, when grooved couplings are used to join the pipes, it is far easier to perform maintenance, repair, and removal of a malfunctioning or worn part. All that technicians have to do is drain the system and unscrew the bolts of the housing that join the needed pipe section. This makes maintenance/repairs fast and affordable in comparison to other methods of joining.

Contact Koorsen for All of Your Fire Protection Needs

Whether you have a concern about your current fire protection system’s condition or maintenance needs, or you are interested in new systems or services, Koorsen Fire & Security is here to help. With over 70 years in the industry, they can provide the expert knowledge and care you need to provide peace of mind.

Give them a call today.