The Longstanding Role of Standpipe Systems in Fire Protection 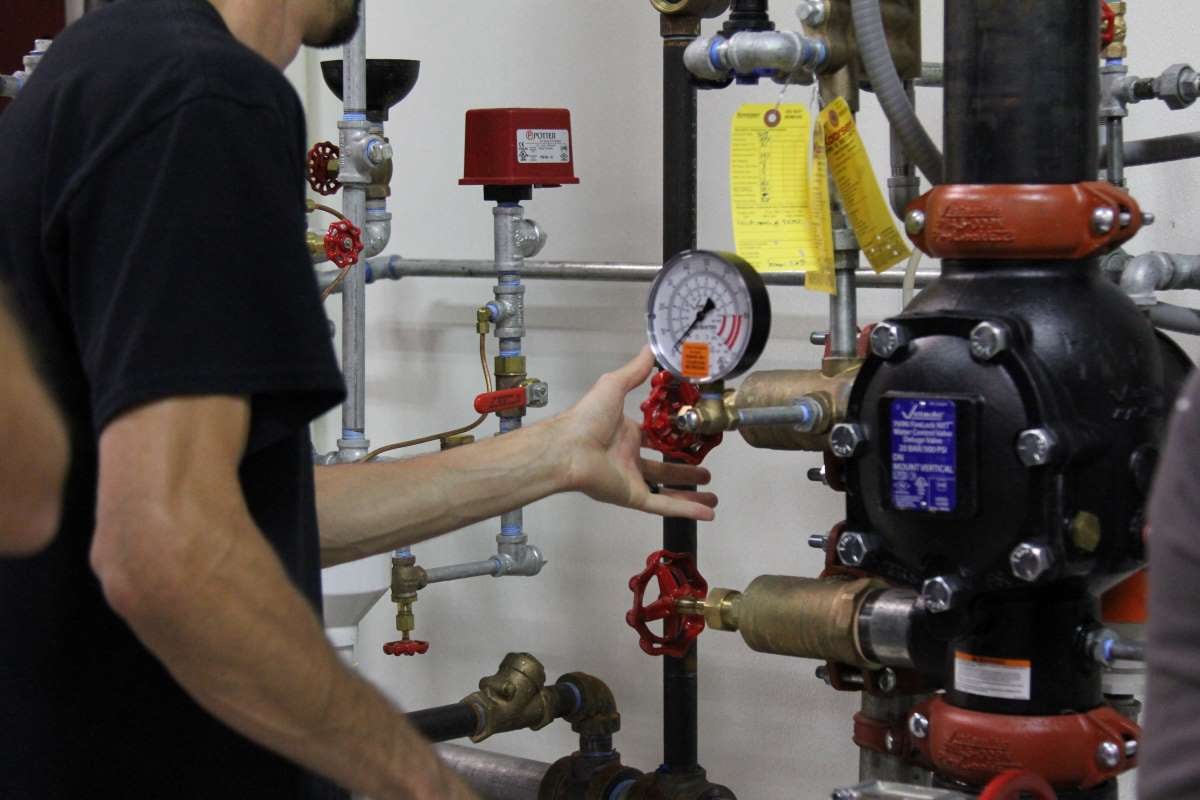 Fourteen years after the Great Chicago Fire of 1871, one of the world’s first modern skyscrapers was erected in a boom of new construction that revitalized the city. The Home Insurance Building was revolutionary in its design, replacing traditional wood and masonry construction with an internal framework of vertical columns and horizontal beams made of steel.

This innovation not only made the construction of taller buildings possible but also made them safer from fire. However, taller buildings introduced a new challenge when it came to fire safety – how to fight fires on the upper floors. Firefighters’ concerns about this problem led to the creation of fire suppression standpipe systems, which eliminated the need for them to carry heavy hoses up several flights of stairs to put out a fire on an upper floor.

Standpipes essentially provide an indoor version of a fire hydrant on every floor. They consist of a network of rigid pipes that are either connected to the public water supply or provide fire service connections at street level. The pipes extend to every floor of the building. Standpipe systems themselves are installed and, as such, are not portable. But the hoses connected to them are. They allow firefighters to discharge water at high pressure to extinguish a fire. Unlike fire extinguishers, standpipe systems are intended solely for the use of professional firefighters or trained personnel.

While standpipes seemed to be the obvious answer to putting out fires in tall buildings, the details of how to design them were not so obvious. And, concerns about their design were discussed at length at the 1912 annual meeting of the National Fire Protection Association (NFPA) in Chicago.

There are two categories of standpipe systems based on how the water is delivered and whether manual intervention is required to start the flow of water.

Wet standpipe systems are filled with water at all times. This type of system will almost always have hoses already connected to them, which allows trained personnel onsite to use them at a moment’s notice.

Automatic systems are connected to a water supply and equipped with a fire pump capable of providing the necessary pressure and flow as soon as the valve is opened. As such, automatic wet systems eliminate the need for firefighters to pump water to high floors.

As the name suggests, dry standpipe systems are not filled with water until it is needed to fight a fire. Dry standpipes can be automatic, semi-automatic, or manual systems depending on how the flow is triggered.

Automatic dry pipes – the type of standpipes most commonly found in high-rise buildings – are connected to a permanent water supply, which is held back by pressurized air. When the system is triggered by an initiating device, the valve opens automatically, and the fire pump begins pushing water through the system at high pressure.

A semi-automatic system requires the manual activation of a control device or a pump to start the flow of water. To activate the system, firefighters first connect their hoses and then send a signal to an alarm panel to activate the deluge valve. Both automatic and semi-automatic standpipe systems usually require an onsite fire pump.

Manual dry standpipe systems are not connected to a permanent water supply. They require an FDC to either tap into the sprinkler system’s domestic water supply or a fire department pumper to supply the needed water and pressure.

There are three classes for standpipes based primarily on the size of their connections and associated pressures.

When are Standpipe Systems Required?

The criteria for determining whether a building requires a standpipe system is found in Section 9 of the International Building Code (IBC) and is based on the building’s height or depth. Any building with more than three stories above or below street level requires a standpipe. In addition, a Class III standpipe system is required in structures where the floor level of the highest or lowest story is located more than 30 feet (9144 mm) above or below the level of fire department vehicle access. This makes sense when you consider that the higher or deeper a building is, the longer the distance will be to the farthest floor, whether above ground or in the basement.

Standpipes are also required in the following situations, most of which are described in Section 905 of the IBC:

Does Your Building Have a Standpipe System?

While they are not fail-safe, standpipes provide a level of redundancy in the event that the main water supply to the building’s sprinkler system fails as can happen in an explosion. They also offer a lot of advantages for fighting a fire because they eliminate the need to carry a heavy wet hose up a stairwell. Having fixed hoses and/or outlets already in place on each floor saves precious time in the event of a fire, which in turn saves lives. Standpipes also keep stairwells clear for faster egress allowing occupants to more safely escape.

Once used almost exclusively in high-rise buildings in big cities, standpipe systems are increasingly becoming more common in other areas and types of structures.

It is important to know if your building has a standpipe system. And if it does, it’s equally important to know what type of system it is, and you can maintain it properly. If you have any questions about your current fire protection system, Koorsen can help. With more than 70 years in the fire protection industry, our certified technicians and engineers can help you determine the type of system you have and whether you are meeting all the regulatory requirements for inspection and maintenance. Contact Koorsen today!