What are the Parts of a Clean Agent Fire Suppression System? 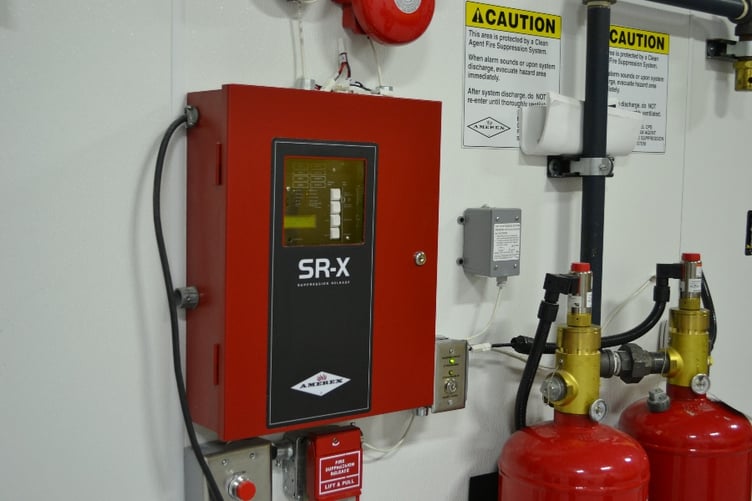 What is a Clean Agent Fire Suppression System?

A clean agent fire suppression system is used in sensitive environments where a fire sprinkler system could create tremendous damage from the water it uses to suppress or extinguish a fire. Some of these sensitive environments where you might find a clean agent fire suppression system include server rooms, museums, art galleries, data centers, and telecommunication centers.

When a fire is detected, a clean agent fire suppression system will release or dump its clean agent into the sensitive environment. The system is designed to flood the protected area with the clean agent. The clean agent suppresses or extinguishes the fire by either reducing the heat or reducing the presence of oxygen or both, depending on the type of clean agent used.

What are the Main Parts of a Clean Agent Fire Suppression System?