How to Prevent Security Cameras from Being Hacked 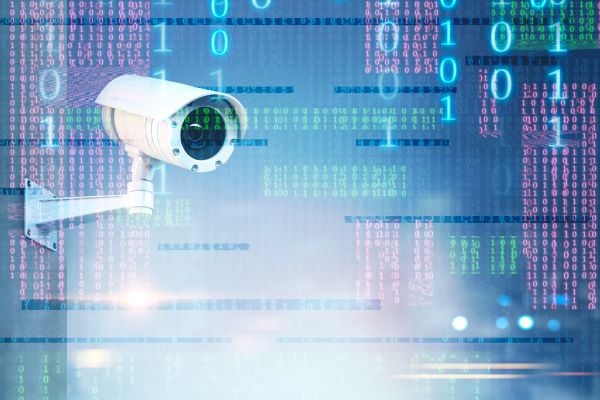 With the increasing benefits of using wi-fi and smart technologies, there are also increasing security risks.

Many do not realize how the internet of things (IoT) – essentially any item that is connected to the internet, especially those that "talk" to each other, such as Echo Dots, Fitbits, smart refrigerators, smart thermostats, baby monitors, etc. – puts their security at risk.

Ironically, in some cases, it can be the very items that you purchase to protect you, such as security cameras, that can also be used to gain illegal and ill-intended access.

In this post, you will learn specifically about why and how someone would hack a security camera system and what measures you can take to protect yourself.

Why Would Someone Hack a Security Camera? What Is At Stake?

There are a few reasons someone may want to hack into a security camera system, and not all of them are bad.

White hat hackers – aka, the good guys – are individuals whose full-time job is hacking to find and exploit vulnerabilities in programs and equipment. When they find these weak points, they alert the manufacturers to make corrections and strengthen the security. These updates prevent black hat hackers – the bad guys – from finding the vulnerability first and using it maliciously.

Often, these white hat events get publicized. It may not always be easy to tell that the event was a deliberate one on the manufacturer's part to find and fix potential weaknesses. Still, the point of going public with the discovery is to let consumers know that a vulnerability was found and that a fix has been developed and made available.

So, the first reason someone may attempt to hack your security camera system is to help make it stronger.

However, there are other malicious reasons why someone might attempt to hack security cameras. The purpose typically falls into one of two categories:

How are Security Cameras Hacked?

First, it's important to understand that a hacking job that succeeds in accessing and exporting data happens in phases – hacking into a device and then gaining the deepest levels of data from your network cannot be accomplished in one easy step.

This difficulty in hacking is to your – the user's – advantage. But knowing the steps can help you better protect yourself from a devastating hacking event and appreciate why you need many layers of protection.

Fortunately, there are many things users can do to protect themselves from successful hacking attempts.

How Do You Prevent Your Cameras from Being Hacked?

From properly setting up your cameras on their own network, to practicing good pass-word setting habits, to being smart about what emails you open, there are many steps you can take to protect your personal information.

If the following measures are correctly executed, even if a hacker did manage to find one of your cameras, it would not have to mean that he or she would succeed in accessing your sensitive data.

Creating secure passwords goes a long way in preventing hackers from gaining access to your devices and network.

Again, just because a hacker can find one of your devices doesn't mean their attempt has to be successful. Take the above steps to secure your devices and your data.

If you have a security camera system but are unsure that it has all of the available updates or is set up in the most secure way, contact a Koorsen security expert who will check for updates and advise you on ways to improve security.

If you are not yet a Koorsen customer but are considering updating or installing a new security system, give the experts at Koorsen a call to get answers to all of your security questions.