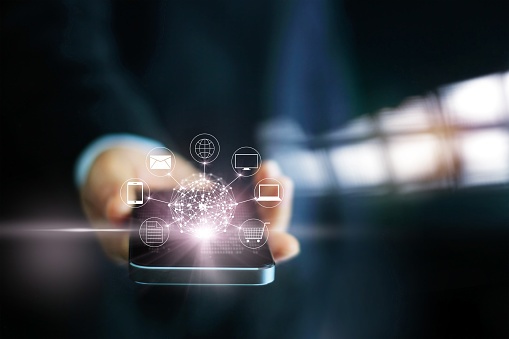 In just the past ten years, smartphone use has exploded. The devices are nearly ubiquitous, and with their growth, the number of applications and uses has also expanded.

From social, to personal, to commercial, for fun, for navigation, for business, for banking – so many things can be done on a smart device. The uses have developed so far as to almost necessitate owning a smartphone, and even many who were clinging to their “dumb” phones are finally giving into the practical necessity of making the change.

Now that smart mobile technology is being truly embraced, there is a new development on the horizon in the realm of security – replacing access control cards with smartphone apps.

For anyone using a smartphone or paying attention at all over the past few years, they already know that a great deal of security and credential applications have already been created for them. But many of these applications have been for internet security of various forms.

Now, however, smart devices are being used to replace physical key cards and fobs.

The concept isn’t new. Fairly early on in the creation of mobile phones, the idea of using them to open doors and gain access was explored using early versions of Bluetooth technology. But for a number of practical reasons, the idea didn’t take off. The technology was just not advanced enough to make it work well.

Now, however, with the advancement of smartphones and application technology, the concept is being explored again, and this time with greater success. Predictions indicate that by 2020, 20% of organizations will be utilizing smartphone access control systems.

How Does It Work?

Similar to how access cards work, a reader is installed at entrances. Users are instructed to download an app on their phone which will be programmed with the appropriate permissions for that specific user.

That’s how the majority of smartphone-based access control systems are similar. But the details of how the systems are implemented, the level of control and customization, and the level of security vary. This, of course, means you will want to do your homework before you jump on board and choose a system for your facility.

Here is a quick preview of potential areas of differences:

Likely enough, you can probably foresee some of the benefits of smartphone app-based access control systems based on the above.

But here are six of the top benefits:

Thinking About Making the Switch?

Clearly, there are many benefits to implementing a smartphone-based access control system.

However, not all systems are created equal, and there are a lot of factors that you need to consider before you should really settle on one to make sure you get one that will actually help you and not backfire.

Think you may be ready to implement this new technology, but need some help determining whether your facility could benefit from it?

Give the experts at Koorsen a call. With over 70 years of experience working with facilities of every type and size, their professional team can help you determine the best possible security and access control system for you.