Koorsen Wins Distributor of the Year from Siemens 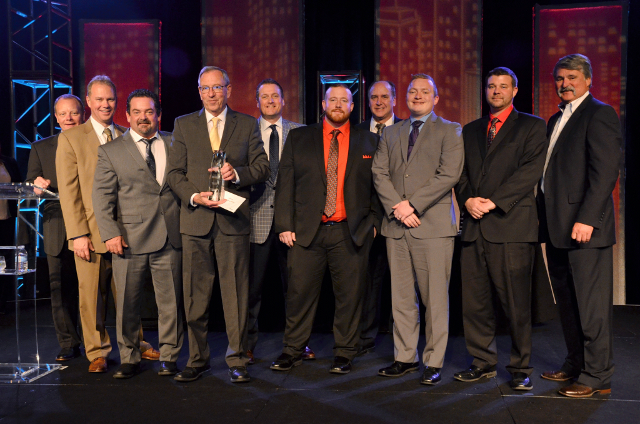 KOORSEN AWARDED WITH NOT ONE BUT TWO PRESTIGIOUS AWARDS FROM SIEMENS

As the awards season winds down, Koorsen Fire & Security was more than excited to receive not one, but two impressive awards from Siemens on Saturday, March 18, 2017. At the Siemens Partner Summit 2017 in San Antonio, Siemens awarded Koorsen two Star Performance Awards.

Against some tough competition, Koorsen won “Best Performance - Sales to Plan Class AAA” and “Best Overall Performance - Great Lakes” Star Performance Awards. The Koorsen team members representing the company at the reception were honored to be recognized by Siemens for Koorsen’s hard work and impressive sales over the past year. 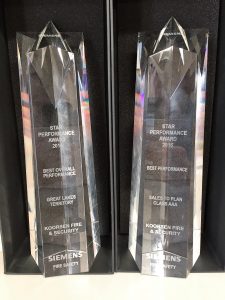