The History and Importance of Fire Sprinkler Systems 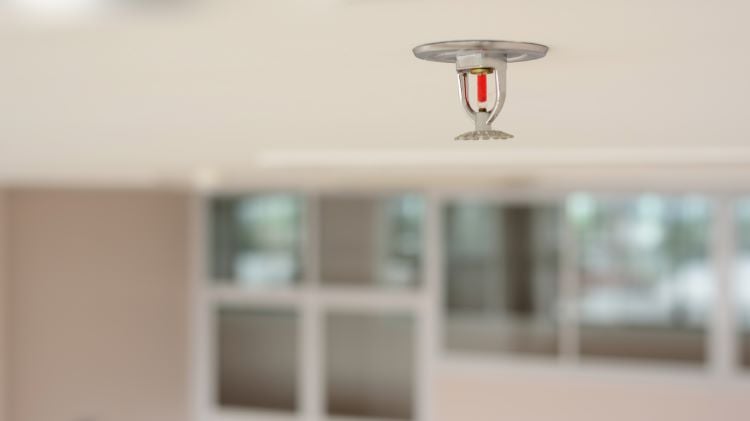 The modern fire sprinkler system, as we know it today, had its start in 1812. Architect William Congreve installed the first one in the Theatre Royal, Drury Lane in London. It consisted of a series of pierced pipes, which led to a large container of water that was released in the event of a fire. In the 1870’s, Philip Pratt invented the first automatic sprinkler system. The automatic fire sprinkler was then improved by Henry Parmalee and later perfected by Frederick Grinnell in the 1890’s.

The Use and Operation of a Fire Sprinkler 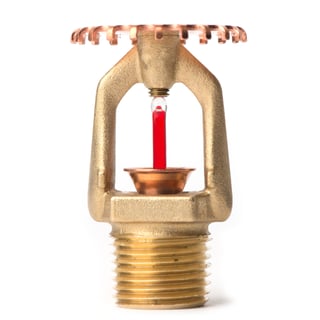 In most modern installations, you’ll notice that the sprinkler heads use a heat-sensitive glass bulb rather than a metal link. The glass bulbs contain a liquid that has a precise boiling point. The bulb breaks from the liquid inside it boiling and bursting the glass bulb. Since the ambient temperature can vary depending on the space, there are different bulbs with different boiling points. In a standard office building, the temperature has to reach 155 degrees Fahrenheit for the bulb to break and the sprinkler head to activate.

A fire sprinkler system is a pretty simple system that has changed very little from its beginnings over a century ago. Still, some advancements have been made to improve its effectiveness over the years. As stated earlier, modern sprinkler heads use glass bulbs instead of metal or solder links. The bulbs themselves have variances now. For instance, in office buildings and schools, you will typically find quick response sprinkler heads rather than the standard response sprinkler heads.

Fire pumps are another recent addition over the past half-century, which deliver pressurized water to high rises. Also, the recent integration of sprinkler systems with fire alarm panels has resulted in quicker responses from authorities. The overall infrastructure of the public water system has also helped improve fire sprinkler systems. Cities and towns now have much more reliable water pressure than in decades past, allowing sprinkler systems to operate effectively.

The Benefits of Sprinklers

While fire sprinklers have been proven to reduce property damages, they are still rare in certain buildings. From 2007-2011, they were found in only 36% of schools that experienced fires and in only 24% of stores and offices that experienced fires. They were only present in 6% of homes that had fires, which is where most fire deaths occur. The recent push for fire sprinklers in homes has been led by the NFPA’s Home Fire Sprinkler Initiative. According to the NFPA, the fire death rate per 1,000 reported home structure fires was lower by 82% in homes with fire sprinklers installed.

While fire sprinklers have been around for over a century and have proven themselves time and time again in saving property and lives, they still have more potential as their use is expanded across all types of structures, from commercial to residential.

To learn more about fire sprinkler systems, including the inspection, testing, and maintenance of them, contact a Koorsen Fire & Security associate today.