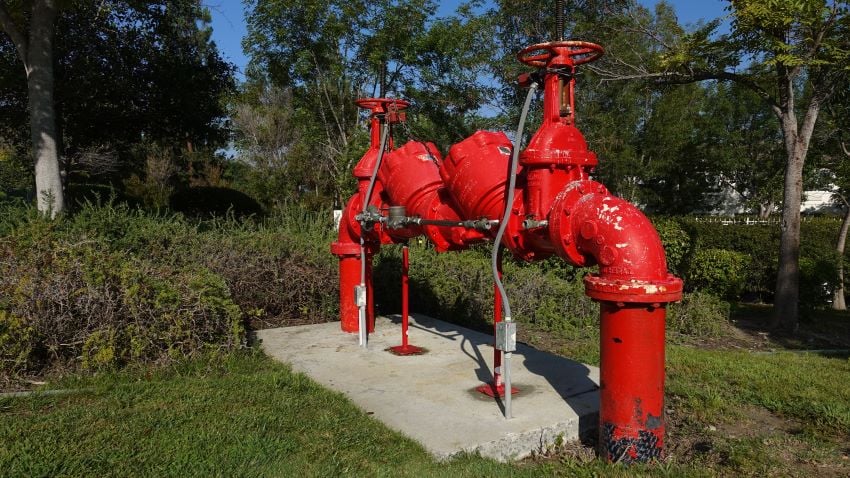 Backflow preventers provide a critical interface between a building's fire protection system and the water supply that feeds it. A backflow preventer is a device designed to ensure that water inside a building's fire sprinkler system flows in one direction only -- from the water main to the system's pipes. This is necessary to prevent any potential cross-contamination that can occur when water from the fire sprinkler system flows backward into the water main, carrying with it potentially hazardous contamination into the public's drinking water supply.

For example, the U.S. Environmental Protection Agency reported a 1997 incident in which an estimated 40,000 neighborhood taps in Charlotte-Mecklenburg, North Carolina, were contaminated when a fire truck pump created backpressure on a fire hydrant before the valve was closed. This caused a pressurized backflow into the public water supply of more than 60 gallons of liquid fire-fighting foam.

In Pittsburgh, Pennsylvania, in 2008, a similar incident happened when water pressure from the city's fire trucks connected to two fire hydrants and overwhelmed the city's drinking water supply lines. As in the 1997 incident, this created a backflow that introduced fire suppression foam into the water supply. While the foam did not pose a significant health threat, water users in the downtown area were told not to use the water until the foam could be flushed from the system because it could irritate the skin and eyes.

According to the American Backflow Prevention Association, 6.2% of the pressure losses reported are due to fire-fighting activities. It is difficult to say how often incidents like these now occur because the data is lacking. But, the actual number is likely higher because many backflow incidents go unreported.

How Do They Work?

Backflow preventers are typically installed in wet sprinkler systems and standpipe systems in which water is held at pressure inside the pipes and only released when the system is activated. Over time, this water can become stagnant and contaminated with bacteria and chemicals such as corrosion inhibitors, antifreeze, and other chemicals added to the system.

Backflow preventers are equipped with two one-way valves, called check valves, which allow the water to flow only in one direction. This redundancy ensures that if one check valve fails, the other will continue to protect the water supply and create a more reliable seal, which guards against minor backflow leakages. The check valves in a backflow preventer operate independently with a differential pressure-relief valve between them, enabling the closure of one valve to reduce the pressure differential across the other.

Check valves are installed in various places in a fire protection system to prevent water from backing up into the supply line. However, it is important to note that check valves alone are not adequate to protect water supply lines from contamination. Other key parts of a backflow preventer include a shutoff valve and two test cocks (small ball valves) to allow for required testing of each valve and the assembly.

The two main types of backflow preventers designed for fire protection systems are:

If you want to learn more about how a backflow preventer works, the  American Water College provides an excellent illustration in this video entitled, Backflow Prevention: Fire Hydrants and Valves.

What are the Requirements for Backflow Preventers?

While the requirement to have backflow preventers in fire protection systems is usually found in local plumbing codes, their installation, inspection, testing, and maintenance generally follow the National Fire Protection Association (NFPA) standards:

Some jurisdictions may allow alternatives to backflow preventers depending on the specific situation. However, most water suppliers require backflow preventers on all fire department connections (FDCs) to guard against potential contamination from the non-potable water that firefighters might bring in their vehicles to help fight a fire. This water is often treated with antifreeze, corrosion inhibitors, or extinguishing agents, all of which could pose public health concerns if they were to backflow into the water supply. This is why fire protection systems with FDCs are high-hazard situations with regard to backflow.

"While backflow remains a legitimate health concern, preventing it is now considered outside the scope of NFPA 25. The standard presumes that local or state requirements will continue to ensure that the devices are properly tested by qualified personnel."

This makes sense when one considers that the NFPA's primary focus is on fire safety, not the protection of public water supplies. Firefighters (and the NFPA) are interested in making sure water will flow when needed, which is why forward flow testing is still required.

Backflow testing is now regulated by local plumbing code and typically required annually, although it may be required more frequently in some jurisdictions. Backflow tests usually take about 15 minutes to perform and involve trying to force a backflow under protected conditions to see if the assembly functions properly. If any water escapes a device, that device must be immediately repaired or replaced. Repairs can vary from relatively simple things like replacing o-rings and rubber gaskets to replacing one or both valves or replacing the entire assembly.

It is important to always work with qualified fire safety professionals when installing and testing backflow preventers in your fire protection system. Improper installation of backflow preventers can lead to premature failure, and improper testing can damage the assemblies.

Koorsen can work with you to ensure your fire protection system meets all backflow testing requirements and can help you determine the best and most cost-effective course of action should one or more of your backflow preventers fail. Our certified technicians and engineers can design, install, inspect and maintain all aspects of your fire protection systems and products, including backflow preventers. Contact us today to learn more about our services!

Taking a Closer Look at Dry Systems
What is a Post Indicator Valve (PIV) and Are They Required?
How Do Fire Sprinklers Work?
What is a Victaulic Coupling?